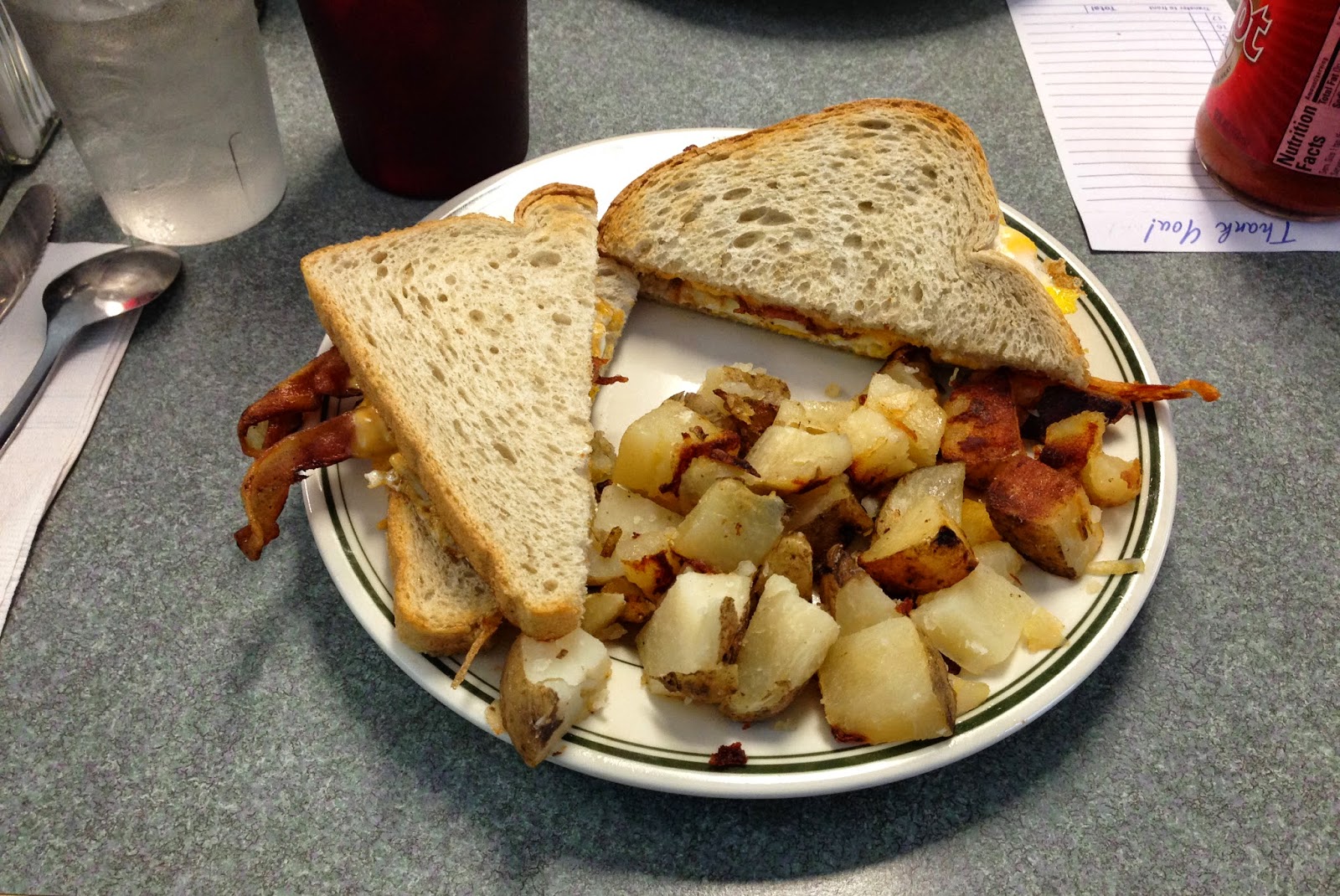 Back in February I stopped in Jim's Too! (aka Elena's, aka Penguin Diner) on Main Street and wondered if there was a connection to the Jim's Restaurant on N. Winton. Well, wonder no more, they are definitely in cahoots. I opened up the well-used menu and saw the same pale blue and pink text with the breakfast sandwiches under the heading "WHAMS," eighty five cent home fries and there was no question. I looked up and noticed a wooden "Elena" nameplate near the register and behind the grill a cook with an American flag bandana on who looked suspiciously like the cook at the other Jim's. Twins? Or is this Jim and he bounces between kitchens?! Mebbe? Who knows? Who cares? The differences between the two locations are vast - this one is much more compact and bustling, also much cleaner and homier. Above the entire length of the counter are various mugs which I've been told belong to the regulars, one of which came in with his paper under his arm, was told that all the booths were full, scanned the dining room for himself and then left in disgust. Let me tell you, it was the talk of the morning among the staff and diners!

On to breakfast: I ordered the bacon, egg, and cheese WHAM on rye toast with the ridiculously cheap home fries. Before the waitress whisked herself away from the table I asked her what WHAMS stood for. A brief blank stare as she tried to recall but she said she had no idea "...that's just what she calls them!" I would assume she is referring to the mysterious Elena.

Breakfast arrived and toast was the way to go. Fried egg a little hard, but good, cheese was very melty, and bacon was crisp. Solid. The potatoes, like the ones at the other Jim's, were underseasoned and underwhelming with curious bits of shredded potatoes mixed in, but again, for 85¢ you really can't complain.