Jim's Restaurant Too! (aka Penguin Diner) 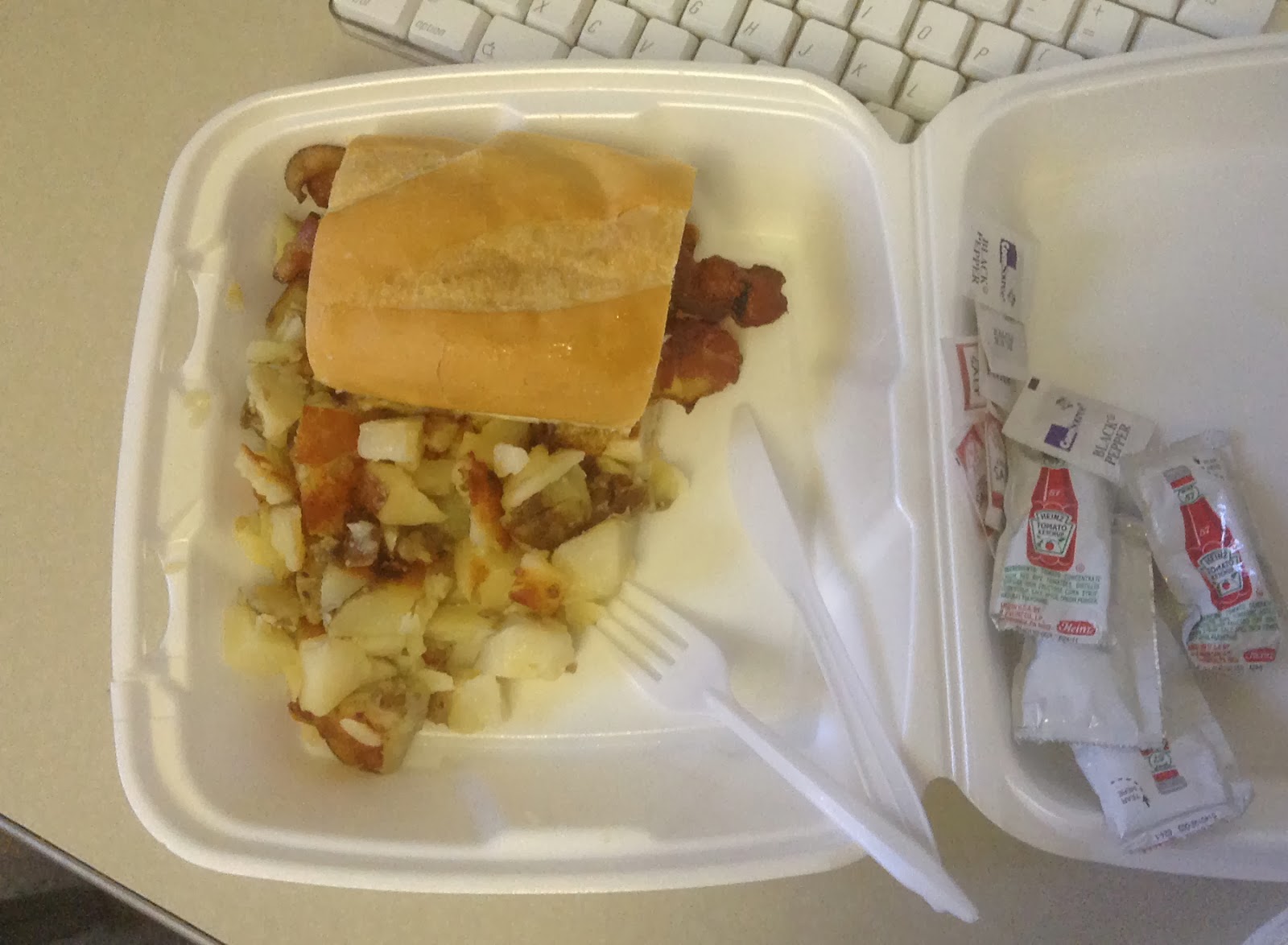 Okay, let's start with what to call this place. I was sure it was the Penguin Diner as that is what the sign says when you're approaching it from the west, but the awning out front says "Elena's Jim's Restaurant Too!" horizontally and in the middle has "Jim's E Restaurant Too!" represented. Take a look here. Internet says Penguin is long gone and reopened as Jim's Too! Now, there's a Jim's closer to my house so is Jim's Too! a klever sequel to Jim's or is there some kind of comedic tension between Elena and Jim (of Jim's Too!, not of just Jim's, although maybe that Jim and Jim too are one and the same). I'm just going to call it Jim's Too! for now.

It's around the corner from work so an easy stop on the way in. White walls, minimal decor, cops at the counter, American flag and Bills bandanas on the cooks. At 9 am Monday morning there was still a little bustle left from breakfast and I sat at the counter, grabbed a menu and looked for my breakfast sandwich options as an eager young man came to the other side of the counter to help me out.

"Hey, What can I get ya?!"
"Just looking at the breakfast sandwich options."
"Oh, sure, the WHAMS. They're down here...wait, where are the WHAMS?" He asked a coworker where the WHAMS were on the menu and then pointed me to them. Sure enough they were under the heading of WHAMS but I did not have the time to process what that meant (Denny's-esque tribute to local broadcasting maybe?) In any event, pretty standard choices so I asked what kind of bread I could get the sandwich on. Standing out from the usual diner suspects was Italian so I opted to have my sandwich on that, with bacon. I also noticed home-fries were only 85¢ so it seemed silly not to get them as well. A few minutes later I paid my four buck and headed to work.

So, I managed to sidestep the Rochester "hard" roll, but I remain foiled by the styrofoam take out container. It's hard to give this sandwich a fair shake because I'm pretty sure that putting any kind of bread in styrofoam with steamy hot potatoes next to it is just going to make it a soft mess. This Italian bread was no exception. Not crusty, smushed and chewy as I made my way to the bacon, egg, and cheese. Flavors were fine, salt/grease ratio was good, but the bread just kinda deflates the whole endeavor. Home fries were average and improved with the provided salt, pepper, and ketchup, but for 85¢ I certainly can't complain.