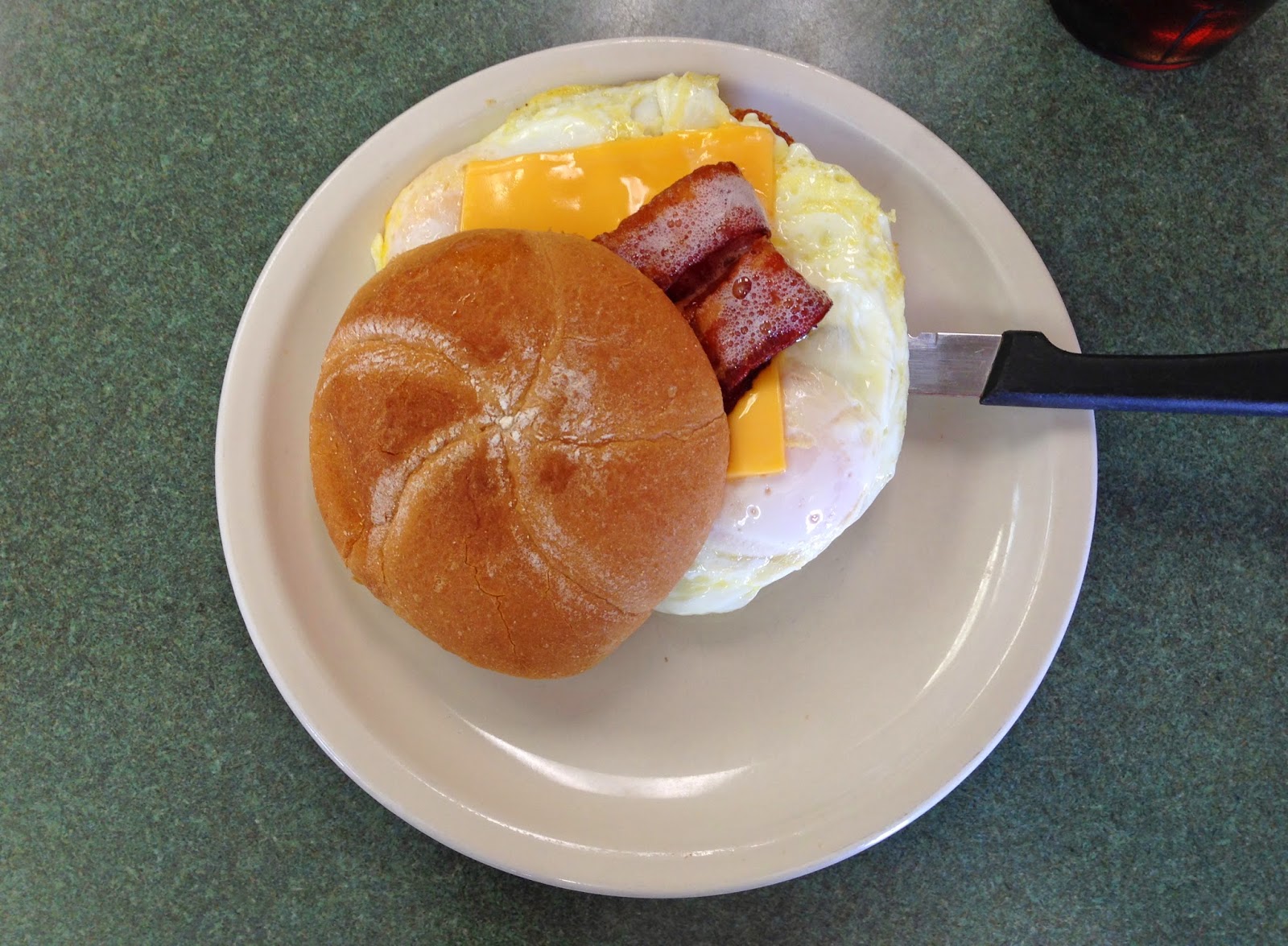 I had to drive out to Gates a few times this winter and I noticed Mr. Beenz on the corner of Buffalo Road and Marway Circle. On one of my early morning trips I stopped in.

It was almost empty around 9:30 and I took a seat at the counter in the back. I ordered bacon, egg, and cheese on a hard roll, because I figure if you keep rolling the dice your number has to come up eventually, right? Right?!

I took a look around as my sandwich was being made: fairly typical suburban plaza diner: not a lot of character but it was clean and didn't have too much American flag decor so that's a plus.

The sandwich arrived and the hard roll looked like the Kaiser I know and love, but alas, it was on the softer side. Actually, it was on the sweet side, too, like a potato roll, which complimented the very salty cheese and bacon. Ordered the egg over easy and it was a runny mess which was fine, though a sturdier roll would have absorbed some of that. Bacon was crispy and delicious.

Email ThisBlogThis!Share to TwitterShare to FacebookShare to Pinterest
Labels: bacon, ersatz kaiser, Gates is a thing, Mr. Beenz, over easy