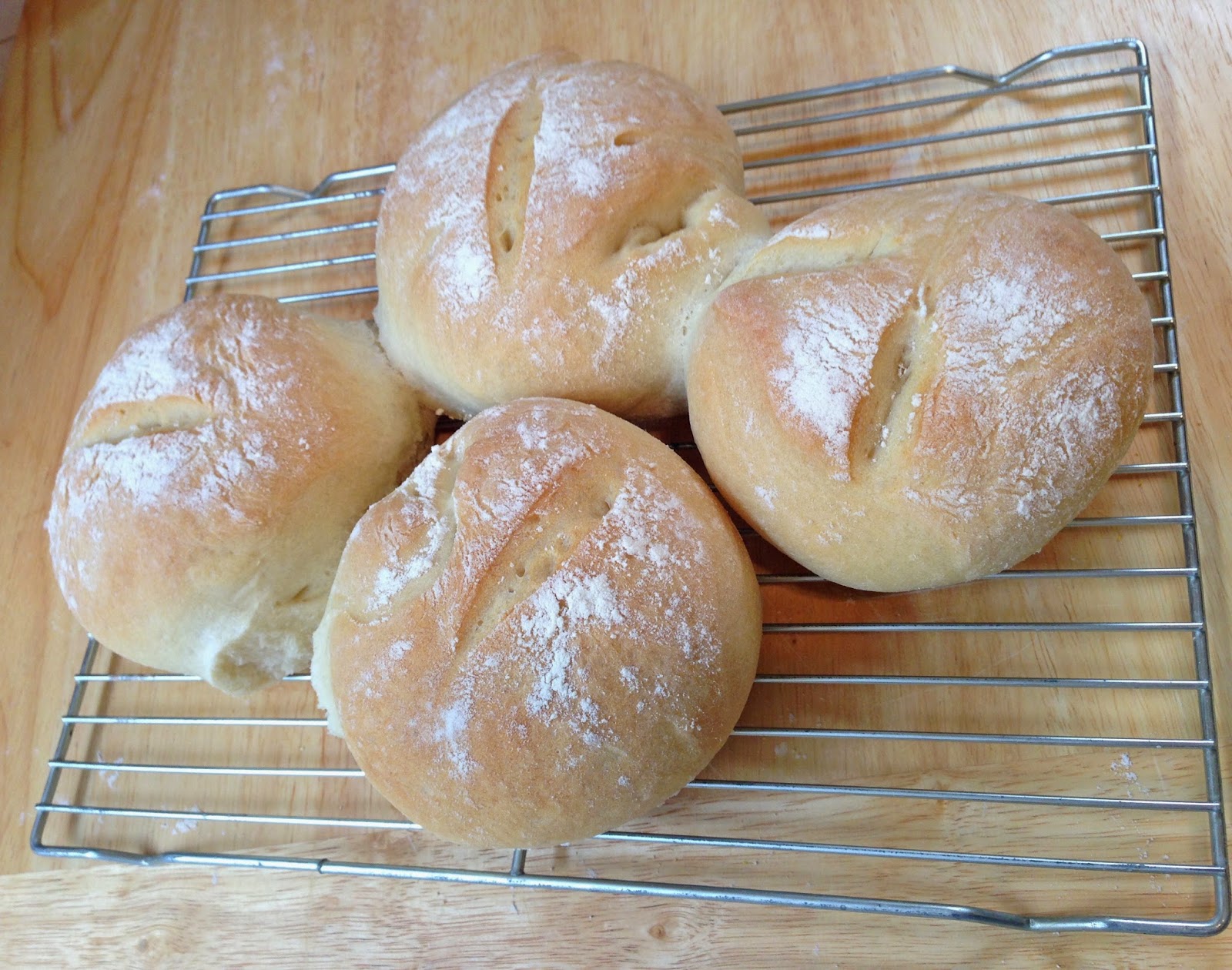 This fall has been exceptionally busy with kids and work and I'll catch up on breakfast sandwich reviews soon, but there are a few loose ends I've been meaning to gather so let's do that now...

Above are some water rolls I've been trying to perfect. I've never been great at yeast breads but I recently discovered quick-rise yeast and my life hasn't been the same since. You practically watch the dough rise in front of your eyes! It's pretty satisfying. The water rolls have a crispy outside and firm yet spongey inside which makes for a damn fine egg sandwich, if I do say so myself.

In case you didn't see this, CITY Paper did a short piece on the best egg sandwiches in town. I'm not saying they copied me, but I am going to say that I had been reviewing egg sandwiches for eight months prior to this article and Rochester is a pretty small town. It's entirely possible he didn't copy the idea; I mean, he's a food writer and egg sandwiches are food. Imitation is the sincerest form of flattery, but it's probably just a fluke, a coincidence, synchronicity. But thanks.

I've been referring to the Rochester hard roll as the "Petrillo's Roll" but while discussing egg sandwiches on the west side of town someone tipped me off that restaurants are probably supplied by DiPaolo's on N. Plymouth (This makes a lot more sense of my visit to the Red Front, that's for sure!) Interestingly, DiPaolo's doesn't call it a hard roll but simply a "twist" and offers it as "...the best cheeseburger bun." This may not sound significant, but to me it's the difference between involuntary manslaughter and premeditated murder. Or, you know, being delusional or knowing what a hamburger bun is. So, the bakery knows it's a bun, how do I convince all the diner owners in Rochester of this?

Speaking of paradigm shifts, there was this Kickstarter campaign to help raise the standard of egg sandwiches in midtown Manhattan. The plan was to distribute pamphlets to restaurants that outline the basic template of a solid breakfast sandwich. The project more than doubled its goal of $315 and I contacted JoeyScoops to see how the implementation was going. He decided that giving leaflets out may not work and that "the real way to do it" would be to give "Seals of Approval" to all the best sandwiches. Presumably he means a sign or sticker for the restaurant to display and not just some random blog. Cuz that would just be silly.
Posted by Dan Buddy at 1:32 AM