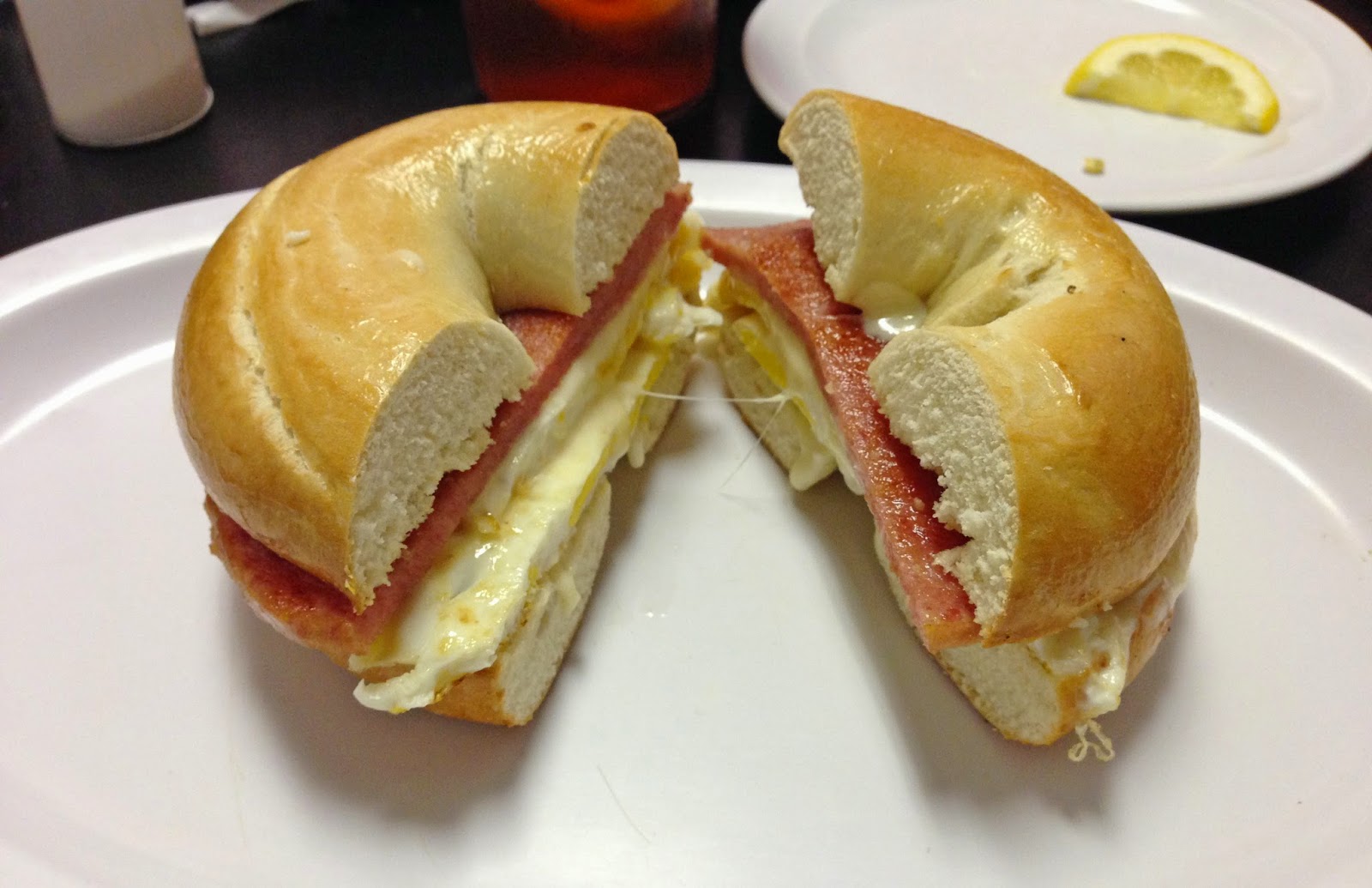 It has become a family tradition to head to Atlantic City for a few days each August to jump in the waves, marvel at all the crap the boardwalk has to offer, and take in some of the best people watching there is. The boardwalk can get a bit pricey for food, so we ventured into the streets behind the casinos and glitz to find some regular ol' eats.

Around the corner from the hotel was the Lenox Cafe but as it was a Tuesday they were not open (thanks for nothing, yelp!) so we headed a few blocks over to Maria's where we had good luck last summer. A pretty standard diner in a narrow older building, we grabbed a few tables in the back and looked over the menu. "Breakfast All The Time" beamed up at me in Curlz MT and I knew all was well in the world. After a quick scan at the sandwich options I figured I'd go for the egg and cheese with sausage pork roll since I wasn't sure what that was. I asked our waitress who went into a lengthy description with hand motions but as it turned out she was thinking of scrapple. She backpedalled a little and said "It's good, you should try it." Hoping that New Jersey's proximity to Manhattan might mean a better bagel I asked her what she thought. Turns out she is from NYC and waitressing in AC for the summer: "Well, it's certainly not the best bagel, but it's not terrible." A ringing endorsement! I went with it anyway.

Our food came quickly and I took a look at the sausage pork roll. Kinda looked like ham. Took a bite. Kinda tasted like ham/Spam/Canadian bacon, but the mention of Spam is not meant to be disparaging. It was grilled but not too greasy, sweet and salty as well. I would get it again and wondered what the pork roll story was. God bless the internet for introducing me to this delightful mail order company: Jersey Boy Pork Roll.

So, the egg, white American (just look at the gooeyness!), and pork roll were all well suited to each other and the bagel...well, it was certainly far from being the best but also not the worst. It had the shiny, boiled exterior on top but not on bottom. Sort of half bagel/half breadel, but it didn't collapse when I bit into it so a step above the usual diner bagel.