There's a new store in town and it's loooooking good
Got an egg, got a roll, in the neighborhood
They've just opened up but if things work out
it's gonna stayyyyyy ahhhhh whiiiiiiiile.
Bup bup bup bupbaaaaaa. 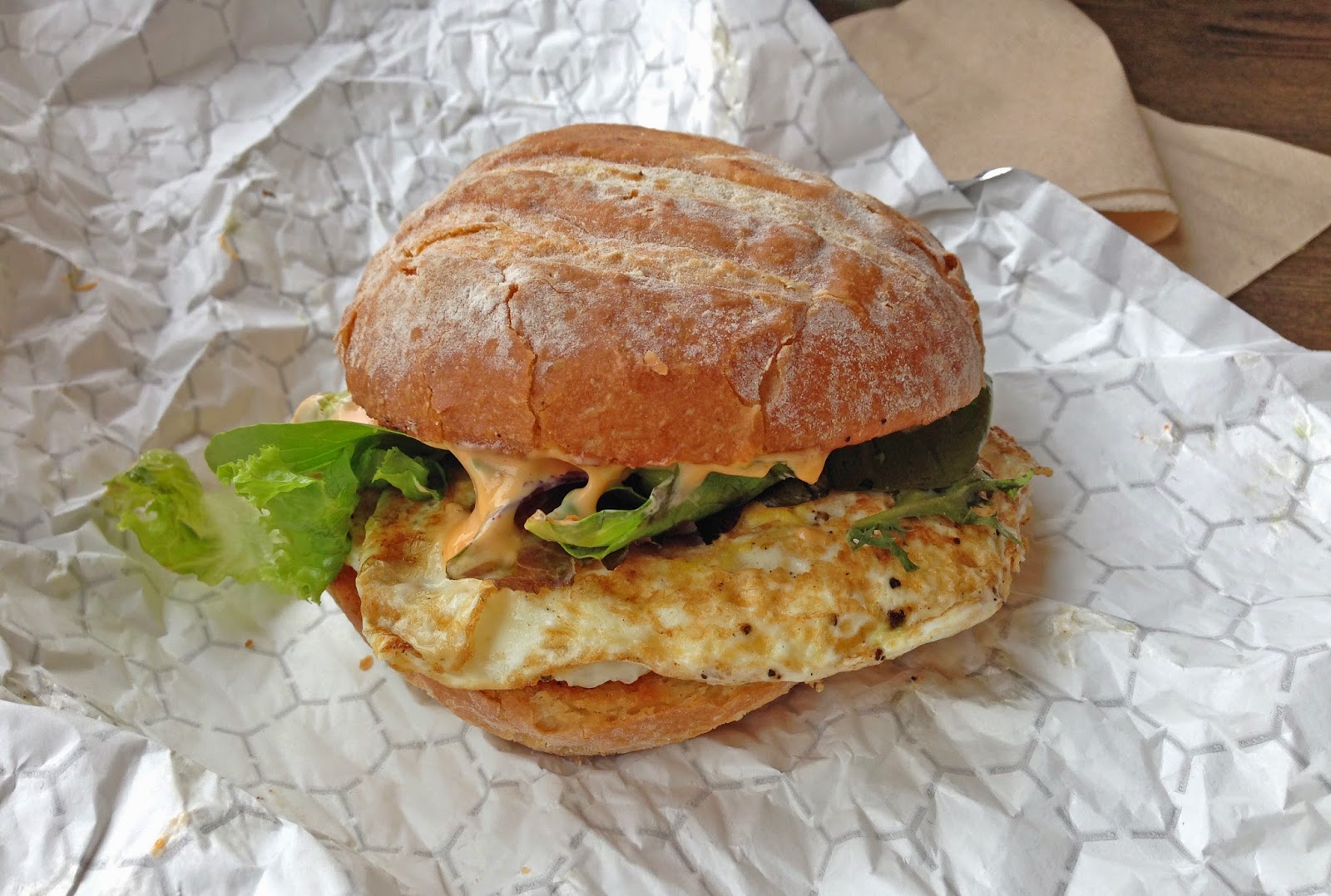 Hart's Local Grocers just opened up in the East End of town (behind the Little, across the Parking lot from Two Vine) and has a coffee/grill station in the southwest corner with a breakfast menu. Karen saw them post it and we headed on over.

They have two breakfast sandwiches on their five item breakfast menu and anything with avocado is is a shoo-in for me; I ordered the Signature (two Happy Hen eggs, sliced avocado, arugala, pancetta and Sriracha mayo) though I wasn't feeling porky so I passed on the pancetta (Easy enough to do but as Karen noted - why no egg options without meat to begin with in a store that offers vegan cheesecake?). It was nice to see the grill adjacent to the coffee counter and know that the sandwich was being made to order. A couple minutes later it was ready and after some counter confusion I grabbed it and we went to sit by the big windows that look out over Winthrop Street. I unwrapped the sandwich and the roll looked delicious. I was excited to dig in.

Good news! The roll was delicious! Crusty top, firm insides that didn't collapse under jaw pressure or get soggy next to lettuce and mayo. The Hart's website lists their bread suppliers as Baker Street Bread Co. and Small World Food so I don't know who gets the credit. Egg (menu said two but I only recall one) was fried hard, but was good, Sriracha mayo is a no brainer though a little mayo goes a long way and half of what I had would've been fine. Arugula and avocado kind of got lost in the mayo which got me thinking that the pancetta probably helps even the whole thing out. Don't be mislead, I am nitpicking here, this was a very good sandwich. I especially appreciate that Hart's offers an egg sandwich for under $5 that doesn't consist of lowest common denominator ingredients.

I got this sandwich on their second day open and I'm hoping as they hone the place this could go from a very good sandwich to a favorite. No pressure, Hart's. No pressure.