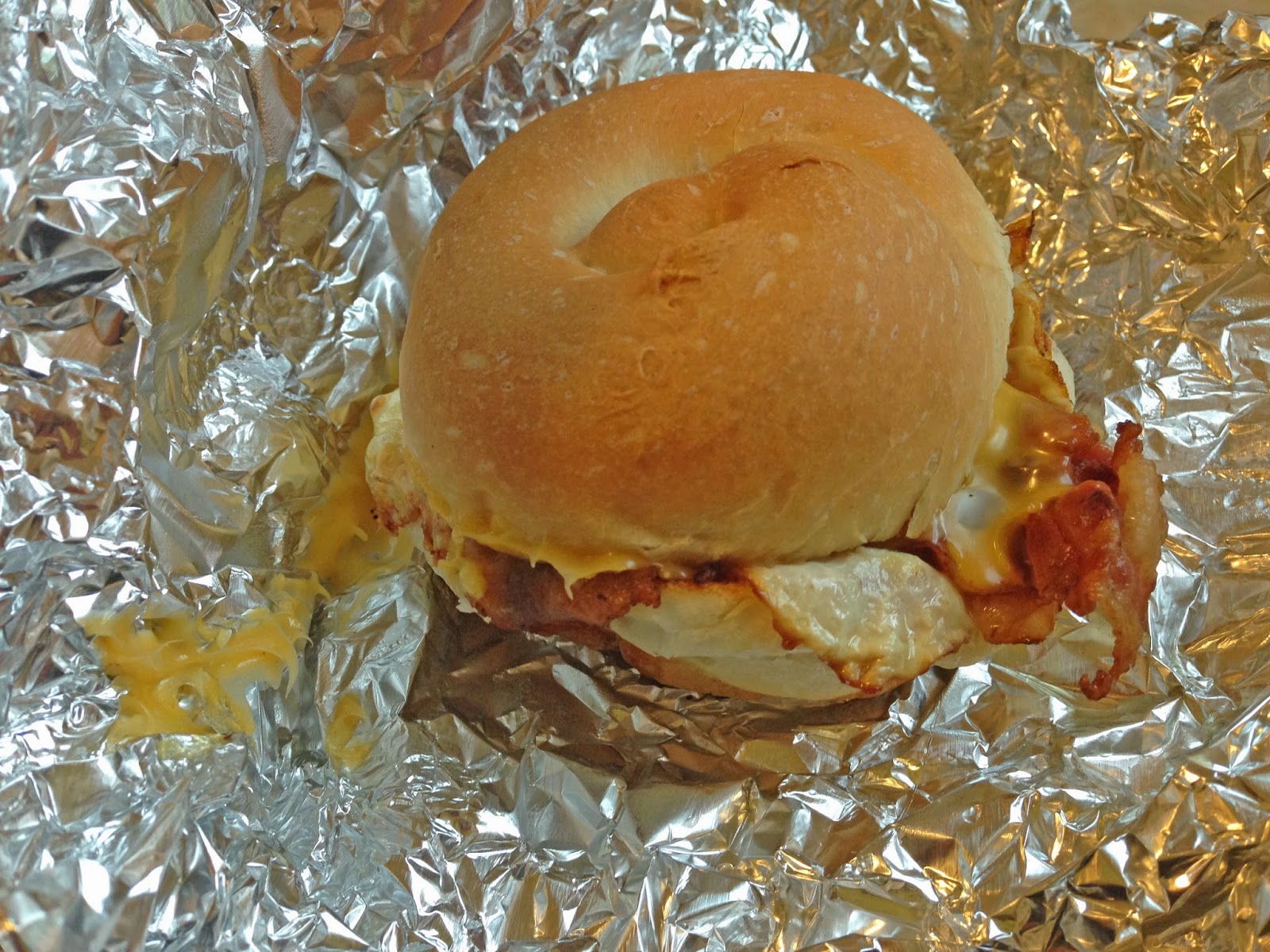 Residing on a bleaker block of South Clinton, Georgie's looks like it could be an eastern European bakery in Brooklyn. This makes it even more surprising that I haven't been there in the eight years they've been open since I do a fair amount of complaining about finding good baked goods. Turns out Georgie's is run by Liz and George Ruiz soooo probably not eastern European, though it is an eclectic mix of stuff on the menu: "Rochester's best Cuban Sandwich," fresh Italian and French breads, subs, quesitos, pasteilillos, kuchens, strudels, red rice with Gandules, and a fish fry on Fridays. So, baked goods, lunches, dinners, and of course, breakfast sandwiches.

I stopped in one rainy morning and got a bacon, egg, and cheese on a hard roll for me and one without bacon for Karen. Being a bakery I figured it was a safe bet to get the hard roll, or at least guaranteed to not get the one that most diners are supplied with. As I waited for the sandwiches I took a look in the dining room. Like the menu, an eclectic mix of kountry kitchen and kollectables. And a mannequin, which I didn't even notice until I looked at the photo I sent to Karen to let her know I was on the way with breakfast.

We unwrapped the tin foil to reveal a hard roll that was not the usual Petrillo's type. I took a bite...a little firmer than usual! This was a relief, though I remain unconvinced that the Rochester hard roll is ideal for breakfast sandwiches. Fried egg was good, processed American was very melty and good, and bacon for the salty win. For three bucks that's a pretty solid sandwich, a steal at $2.25 without meat.