“There is a curious paradox that no one can explain: who understands the secrets of the reaping of the grain? Who understands why spring is born out of winter's laboring pain, or why we all must die a bit before we grow again?”
- El Gallo, The Fantasticks 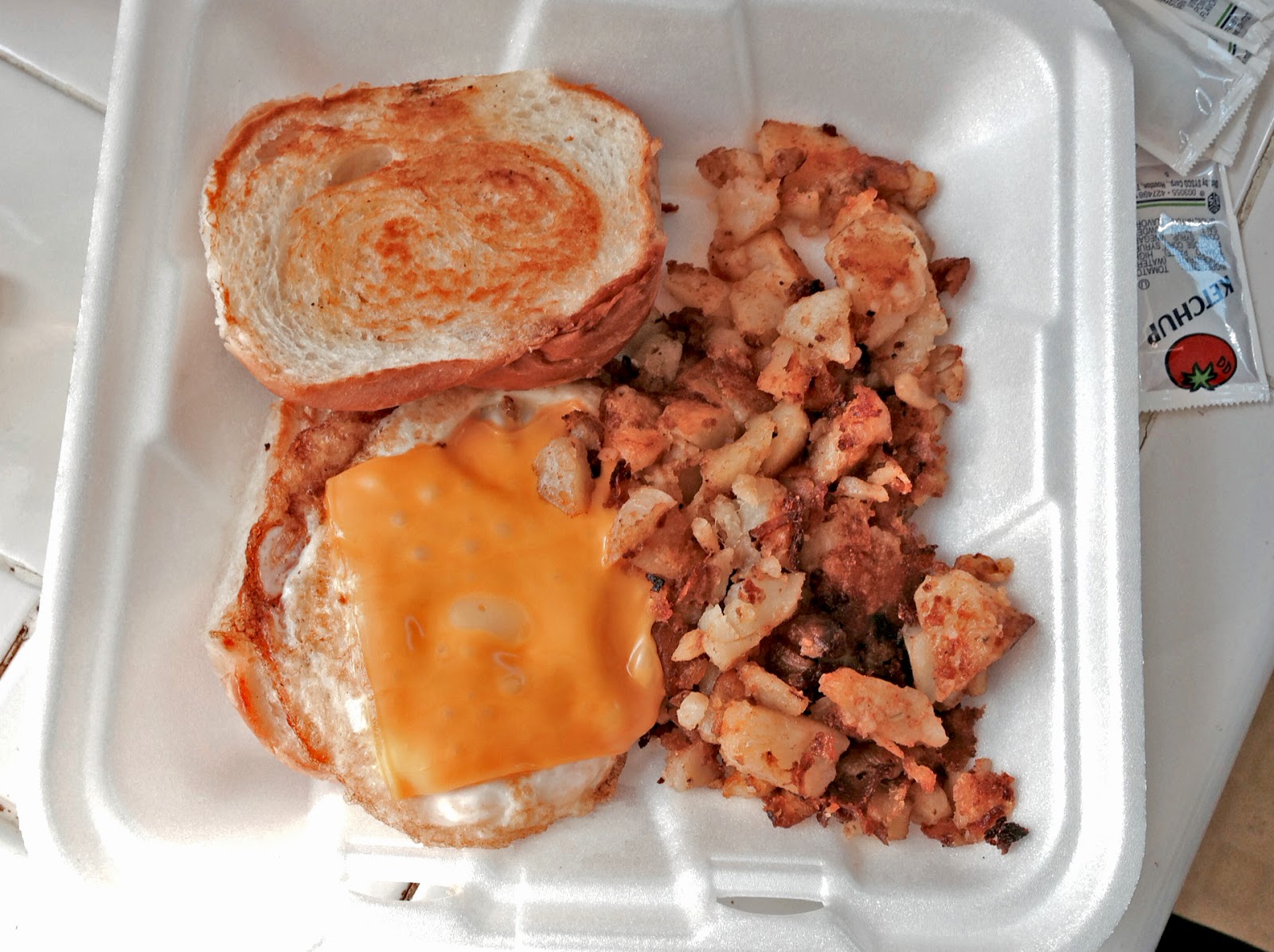 Finally feeling the effects of spring I decided to look past my skepticism of finding a decent roll in a greasy spoon and stopped in the Country Club Diner (across from Wegman's and adjacent to the incredibly named Doctor's Inn Grill and Tap Room). I ordered the fried egg and cheese and after hearing the usual list of bread choices asked the waitress if the hard roll was the twisted top Petrillo's roll. "Petrillo's?! No, no, it's..." she put her hands as if around an invisible ball and then gave it a slight twist: "...a hard roll!" I was still riding the wave of optimism the sun brought so I said sure. And an order of home fries ($1.99).

I took a look around: Bright, clean diner still rocking 80s pastels, booths and an L shaped counter with backed stools. The cook addressed me from the kitchen window: "Sir....these okay in the same box?" I was taken off guard by the question and being addressed as sir. "Uh, sure." Dammit! Did I just blow my chance of not having the steam from the potatoes make the roll a soft mess?!

Once in the car I popped the lid of the styrofoam container to let some of the steam out while I drove home. I was hungry and it smelled good. Moments later I was in my kitchen and found the real curious paradox: You've got this thing called a hard roll that is the antithesis of hard, which is a long-standing disappointment all its own, but then you get a stale one which actually is hard, and it's absolutely depressing. I certainly did die a bit. But I was hungry, so I ate it. Egg was fried hard and cheese was salty and melty. Potatoes were crispy from the grill but in dire need of salt, pepper, and ketchup.