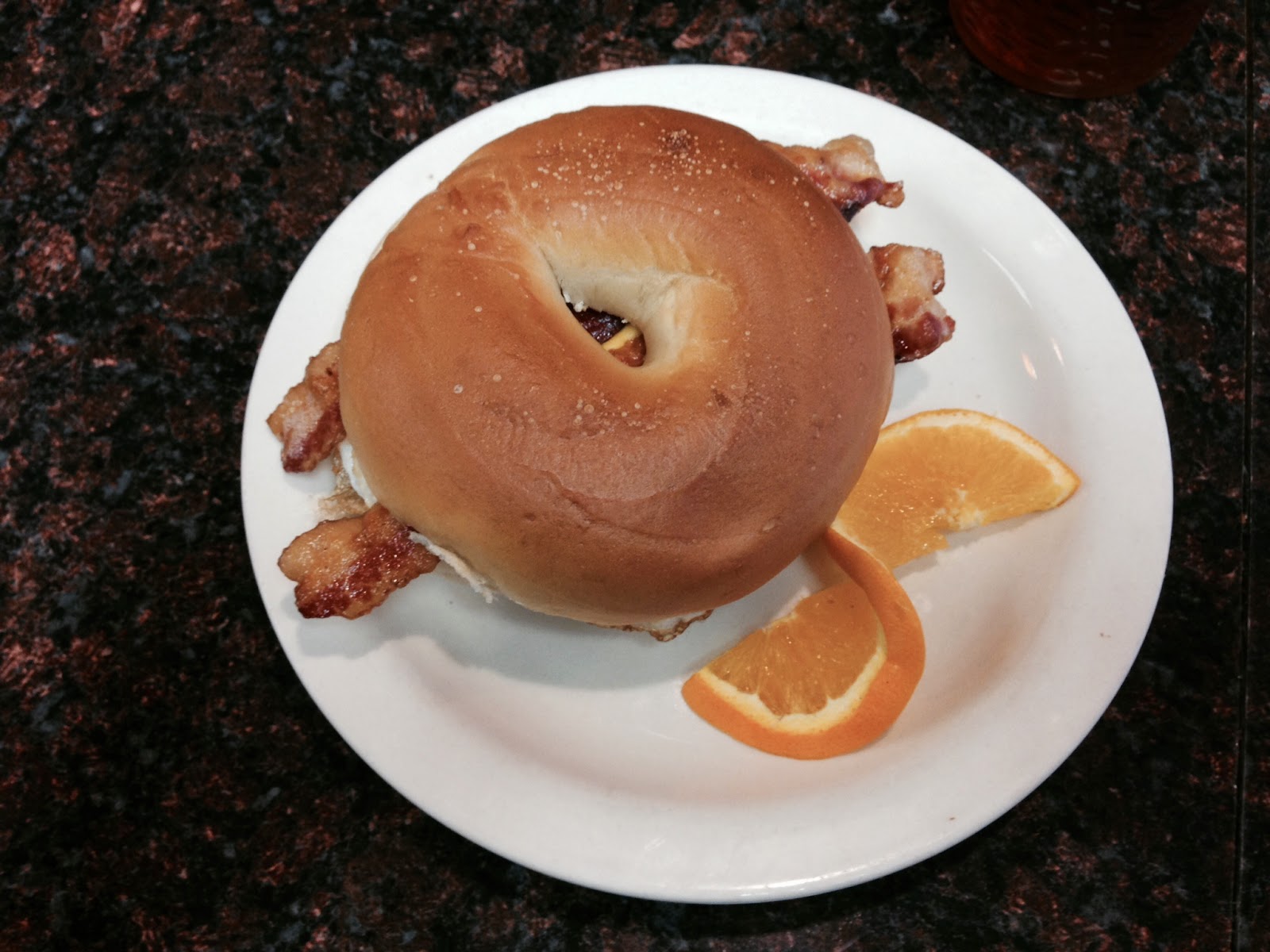 Located in the first floor of Chestnut Plaza downtown (formerly the Knights of Columbus building), going to the Chestnut is always an experience. If you enter the building off of Lawn Street (where you will probably park) you get the Jim Jarmusch treatment walking by the concierge desk where you will either get the stink eye from left to right as you pass or completely ignored depending on who is working. If you enter from Chestnut Street you get to see the Wes Anderson-esque Manhattan Square Yacht Club to the left before entering the Cafe on your right. Once inside it's a potpourri of Hartley, Lynch, and Kubrick - at once familiar and surreal. The wood panelling (from it's previous incarnation as a lawyer's office?), the rotation of heavily accented waitresses, and a view of the Cadillac Hotel across the street all add up to a sensory delight. 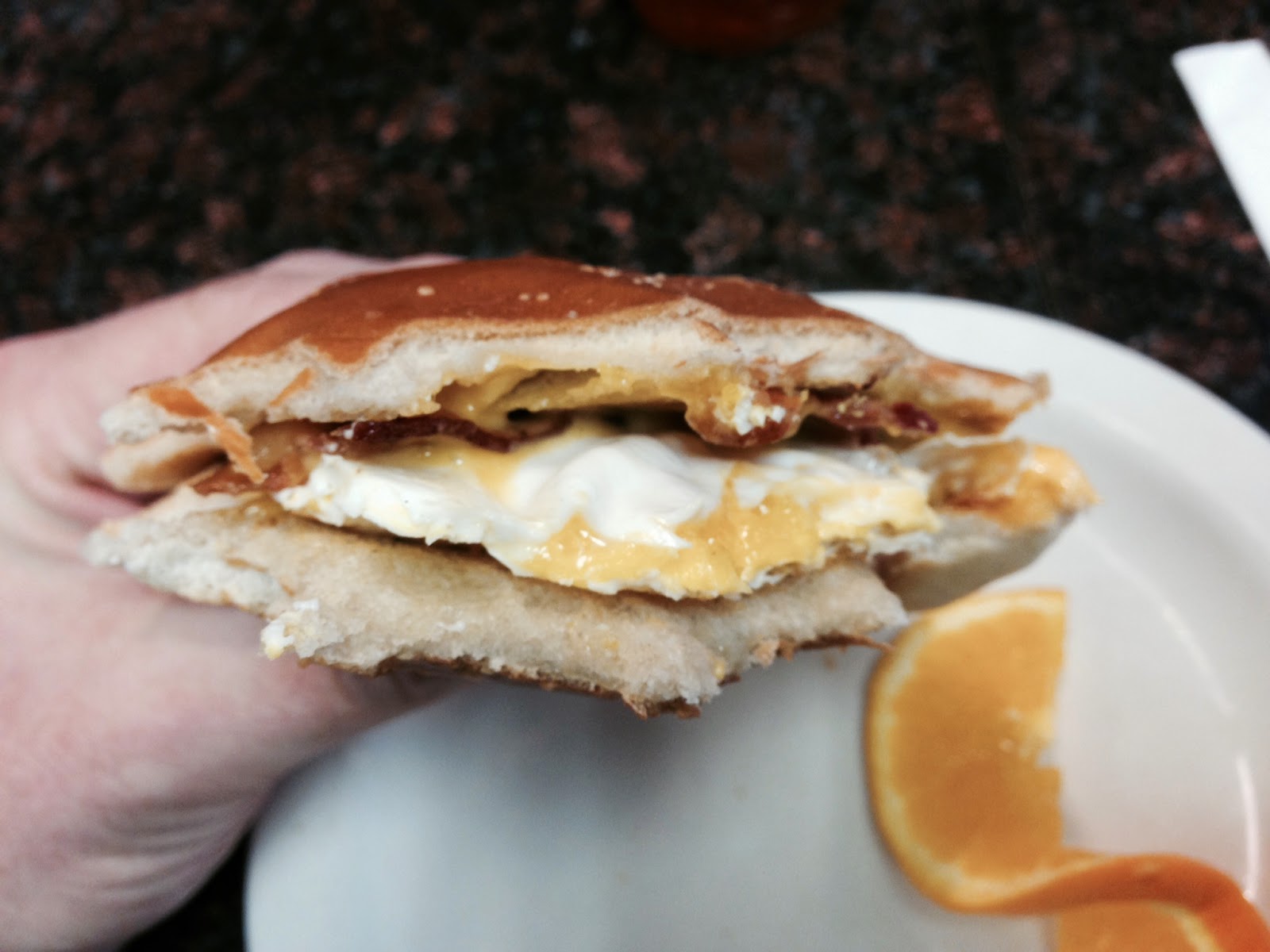 I sat at the counter and ordered a breakfast sandwich with bacon. I engaged the waitress in my usual bread selection conversation much to her amusement and went with a bagel to avoid the Rochester hard roll. After a few minutes of taking in the burgeoning spring out the large front windows my sandwich arrived. It looked good and I always find the twisted slice of orange a nice touch. The filling was fine: bacon was crispy, fried egg had a little bit of goo left in the yolk, and the American cheese was suitably salty and melted  - which made the bagel all the more disappointing. I anticipated a breadle but this one barely had anything to it - after a few bites it just deflated like a three day old balloon stuck with a pin. Not terrible, just disappointing, especially given how much I enjoy the rest of this joint.