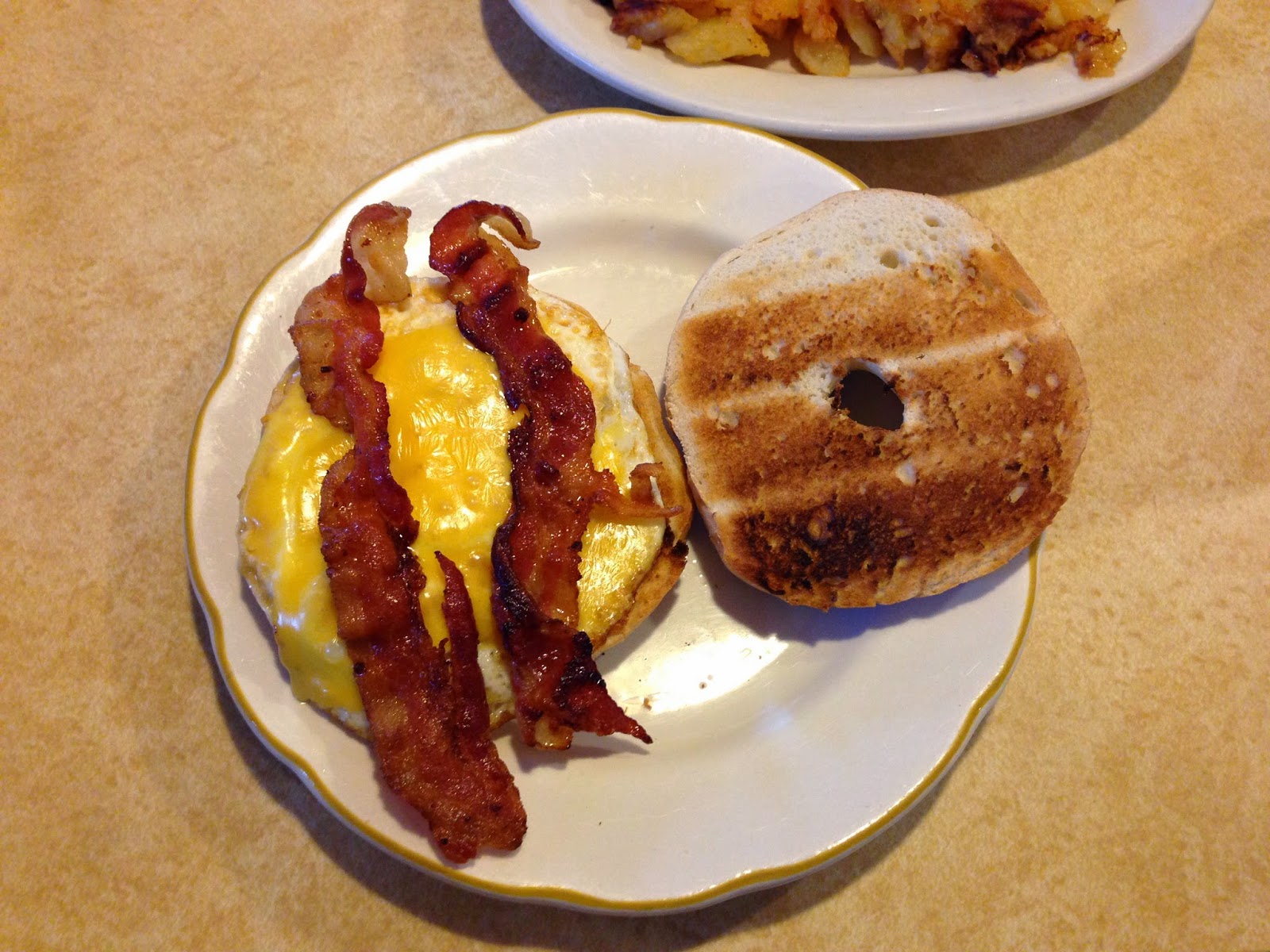 Yesterday Karen and I headed to Liberty for a quick pre-work breakfast. Let me say right off the bat they get points for not even having hard rolls; The breakfast sandwiches come "on toast" and you can upgrade to an English muffin, croissant or bagel. Karen went Anglo with egg and cheddar on an English muffin and I, being at the Liberty, got mine with American cheese and bacon. On a bagel. What can I say, I'm a mutt. Oh, and of course there was a plate of home fries.

More bonus points for Karen's coffee never getting less than an inch below the rim without a refill and my massive iced tea getting half empty before our waitress brought me a second full one.

Our food came quickly and looked pretty good. I have lived up here long enough not to expect a bagel store bagel at a diner and was prepared for what we used to call in college a "Breadle" (bread in the shape of a bagel, which come to think of it resembles the rolls I grew up with). As you can see it was well toasted. I put it together and dove in. Tasted like an egg sandwich. Bacon provided salt and grease, American cheese added more salt and gooeyness, and the egg was neither hard nor soft. Just fine. Karen was disappointed with hers, though. Cheddar cheese was flavorless leading to an overall bland sandwich. I've also come to expect that cheddar is not going to be sharp or flavorful unless they're bragging about where it came from and who made it. Home fries tasted good and had a nice grill crust on top but were still a little wet everywhere else.

Liberty Family Restaurant
Sandwich cost: $4.15 (egg with meat and cheese on toast is $3.85, add 30¢ for the bagel)
Rating: A breakfast sandwich if ever there was one
Posted by Dan Buddy at 12:04 PM