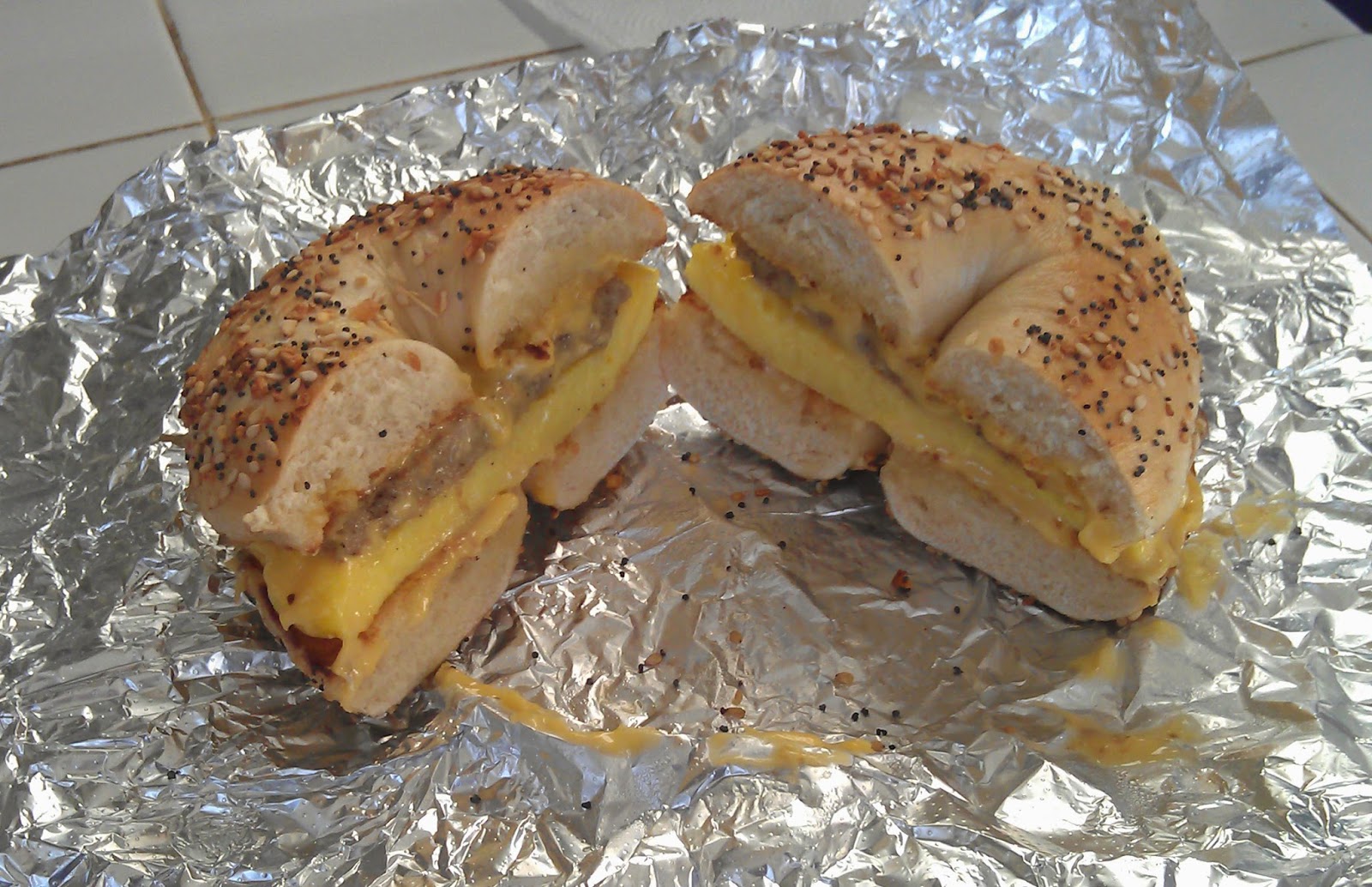 The first day of the semester requires sustenance and I didn't want to pussyfoot around with cereal or toast. As I was eyeing my options Karen said to meet her at Balsam so she could take me out for breakfast and being a gentleman, I obliged.

I retooled my sandwich from last time to include real sausage and American cheese (instead of veggie sausage and cheddar) on a toasted everything bagel and was rewarded with a breakfast sandwich that was greater than the sum of its parts. Everything interacting with each other cohesively: just the right amount of salt, grease, and chewiness. It's almost as if putting these four things together changed the molecular composition of the elements involved. It was no longer just egg, bread, cheese, and meat, it became...a breakfast sandwich.

Email ThisBlogThis!Share to TwitterShare to FacebookShare to Pinterest
Labels: balsam bagels, do-over, sausage, sometimes the best option is no roll at all